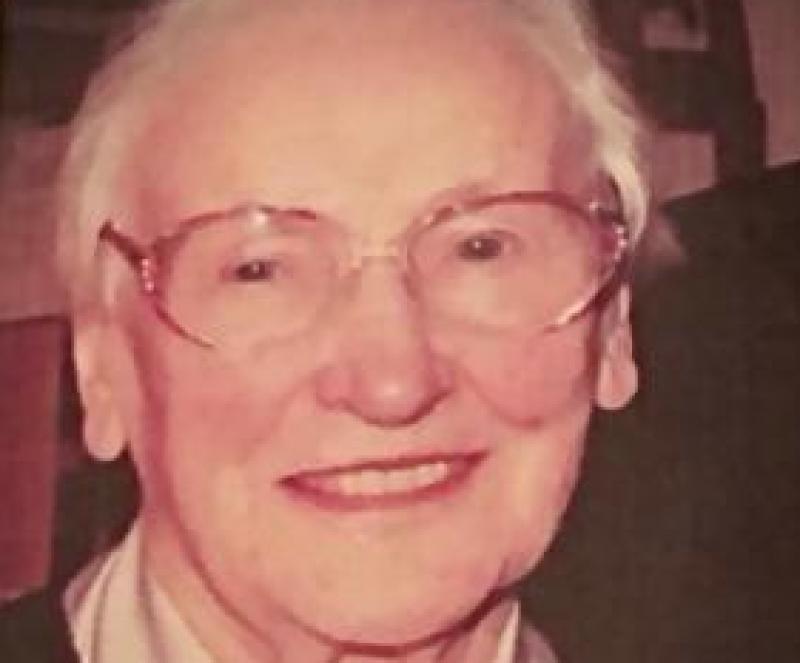 Nance Hogan, Ardcroney, who has passed away in her 103rd year

The village of Ardcroney, Nenagh, is in mourning this week following the death of one of its oldest residents - if not one of the oldest people in Tipperary - Nance Hogan.

Ms  Hogan passed away peacefully on Saturday, March 12, in her 104th year in the care of her loving family.

Nance, (nee Culhane) was predeceased by her husband Jack.

Born into the War of Independence, Nance would have grown up during the some of the most tumultuous events of the 20th century, including the Civil War and World War II.

She would have witnessed many things that we now take for granted such as rural electrification, the "talkies" at the movies and mobile phones.

Little did she realise growing up that she would survive several popes and Irish presidents, witness the assassination of John F Kennedy and see men walk on the moon.

Her passing is deeply regretted by her loving sons and daughters Bernie, Thomas, Joachaim, Sean, Ann, Micheal, Colette and Martin; grandchildren and great-grandchildren, sons-in-law and daughters-in-law, nephews and nieces, relatives and friends.

Funeral Arriving at Ardcroney Church on Tuesday, March 15, at 7pm.

Funeral Mass on Wednesday, March 16, at 11am, with burial immediately afterwards in Ardcroney new cemetery.

Funeral Mass will be live streamed at www.facebook.com/cloughjordanparish/