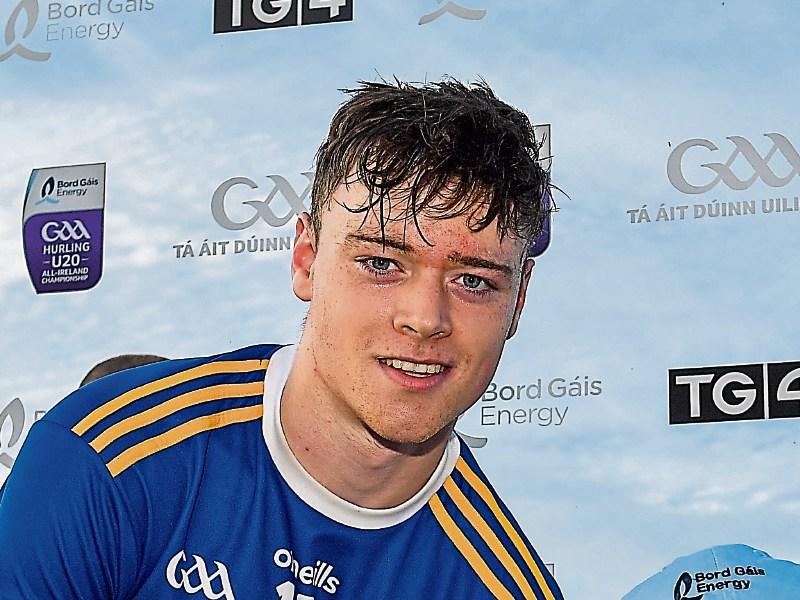 Moyne Templetuohy produced the display they badly needed in this round two clash in the premier intermediate hurling championship, as they just about edged a physical Kiladangan side by the minimum in Roscrea earlier this evening.

This match was extremely competitive and tight throughout, and there was a real sense of nervousness and tension on the field and on the sideline as both clubs knew what was at stake, but in the end the leadership of Gearoid O’Connor and Conor Bowe shun through as Moyne managed to hold on for a vital win.

It was Bowe who looked to set the early tone with how his team were going to play this game, as the Tipp star gathered possession straight from the throw-in to gallop down the centre of the Kiladangan defence to score.

There were several positional changes for Moyne from the last day, with Bowe dropping in behind the half back line to act as a sweeper, while Tossy Hamill went into the half forward line, and it was an inspired change with Bowe very prominent throughout and in the early stages.

Darren Ryan pointed his first free of the day a minute later to level the game quickly again, but Moyne looked well up for this one but for some really poor shooting as they hit three wides in a row in the next five minutes.

Shane Gleeson’s free in the 9th minute gave the north side the lead, but they were guilty of some poor wides too in that time, and the poor shooting kept the contest tight indeed, but Moyne had their big men in the game, with Bowe pointing a monster effort from his half back line, before Gearoid O’Connor added to a free he scored earlier to point from play to make it 0-4 to 0-2 after 14 minutes.

Kiladangan were finding it hard to get scores on the board, with their forwards being dominated with Bowe cleaning up the breaks, and their scoring threat was coming largely from frees from Darragh Egan (2), and Darren Ryan (2) who made up their remaining scores of the half, but it was Moyne who took the halftime lead with scores from O’Connor, Tom Meade, and another outrageous score from Bowe on the run down the right touchline to give the mid men a 0-8 to 0-6 lead.

The second half wasn’t going to be hurled in any other fashion and Kiladangan, despite looking like second best at this point, were continuing to add pressure and an early free from Darren Ryan set the tone to reduce the gap back to one.

Some poor shooting was preventing this from turning into a high scoring contest, as both were equally guilty of bad wides, but it was a Gearoid O’Connor free in the 34th minute that ended a poor spell to re-establish their lead.

Pierce Mead poppe over a beauty a minute later to briefly extend the advantage, but a brace of good scores from first, Neil Cahalan, and a well taken Shane Gleeson point once again pulled it back to the minimum.

Kiladangan continued to press and their hard endeavour eventually paid off in the 45th minute when a quick free found Martin Minehan in space under the stand and he made no mistake to sail over his attempt and draw it level at 0-12 apiece with the final quarter to come.

In all, there were 30 wides in this game and both teams continued to turn that dial with the result coming to a head in the last ten minutes and it remained tit-for-tat with O’Connor and Ciaran Kelly trading points before another brace of frees from O’Connor put two points between the sides with just four minutes of normal time remaining.

The north side had plenty of opportunities to draw level, with Darragh Egan missing two good chances from a free and from play and even though Darren Ryan reduced the gap with another free late on, Moyne seen it out with John Coughlan scoring a lovely point on the run to give Moyne a badly needed win in the sun in Roscrea.