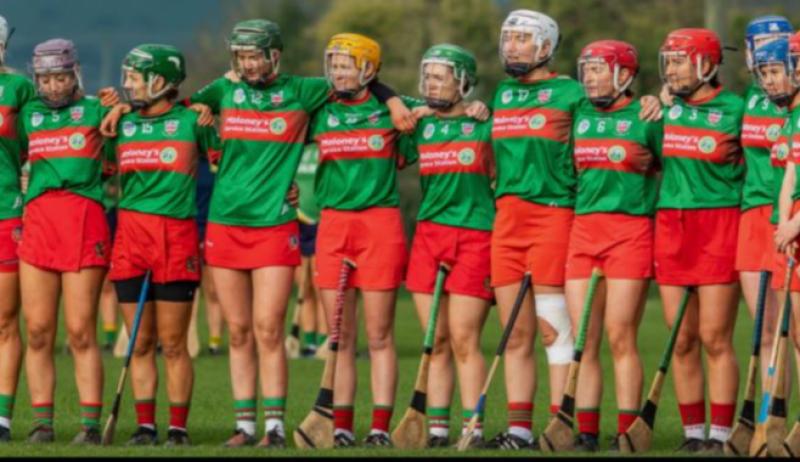 Four weeks after losing to Sarsfields of Galway in the postponed 2020 All-Ireland semi-final, Drom-Inch senior camogie team are in action again this Saturday as they take on 2021 Limerick county champions Newcastle West.

Iris Kenneally got the all-important second half goal while Rebecca Delee, Karen O’Leary and Roisin Ambrose are all key players. Drom-Inch will be without the services of centre back and inter-county defender Mairead Eviston who had knee surgery just before Christmas. Christina Brennan who didn’t feature in the 2020 Munster campaign due to injury did however come on as a second half sub in the All-Ireland semi-final which will be an added boost for Pat Ryan and his management team.

The Drom-Inch team is backboned by captain Aoife McGrath and Niamh Treacy in the half backline while in attack Drom-Inch will look to cousins Eimear McGrath and Miriam Campion to break down the Newcastle West defence. A huge prize awaits the winners with a place in the Munster final on the 22nd January.

How they have responded to the disappointment of the Sarsfields defeat and the task of getting re-focussed for a new campaign will be key to Saturday’s outcome. Drom-Inch do have the advantage of a home venue and the experience and confidence of winning 3 consecutive county titles and playing in a third consecutive Munster campaign.

A match is never won easily at this level and no doubt Newcastle West will bring huge determination and hunger to Saturday's game. An exciting and intriguing contest lies in store.